Become part of the community!

Rise of Humanity is a tactical turn-based card battler set in a dystopian future where an AI has taken over the world. Take control of a band of loveable misfit heroes that survived the onslaught decades ago and help them save humankind!

Each hero (and enemy) is controlled by a deck of cards, allowing them to attack, dodge, move and so on. Use remarkable weapons such as an exploding bunny to slay hordes of crushers, robot puppies and drones!

Collect, upgrade and merge cards to build decks for each of your heroes and get them stronger as the story missions progress. Be the master of the playing field by planning your strategy wisely!

For now, the game has 2 modes:

Four tips to complete challenges with the new battle goals...

Rise of Humanity’s new Destroy missions will have you in...

Since we released the game in Early Access this October, we’ve... 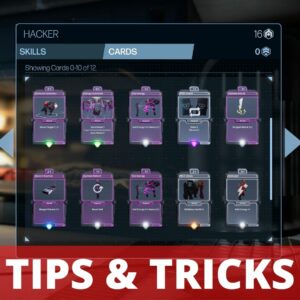 Check out our card tips and tricks to master our...