As a young father, the Hunter has lost his girlfriend and newborn child when it all started. He has spent the past twenty years hunting down bots and creating new weapons, such as the pink bunny that used to belong to his daughter, and which he had successfully turned into a deadly grenade. His mind is solely focused on his anger and on avenging the death of his family. Silent and deadly, he slays his enemies with grace and efficiency, some might say he is effortlessly cool. As pointed out by his team mates, especially the Hacker, he is not very talkative, as he would say, he is more of a ‘’man of actions’’.

He is not interested in company and the only reason he joins the team is because he thinks he could use them to achieve his goal. However, he slowly grows fond of the group of loveable (misfit) heroes. He eventually becomes very close with the Hacker, whom he secretly regards as what his lost daughter could have grown up to. When they first met, the Hacker teased the Hunter for being reserved and for his lack of social skills, slowly warms up to her and occasionally even reciprocates the jokes, to the Hacker’s big surprise. 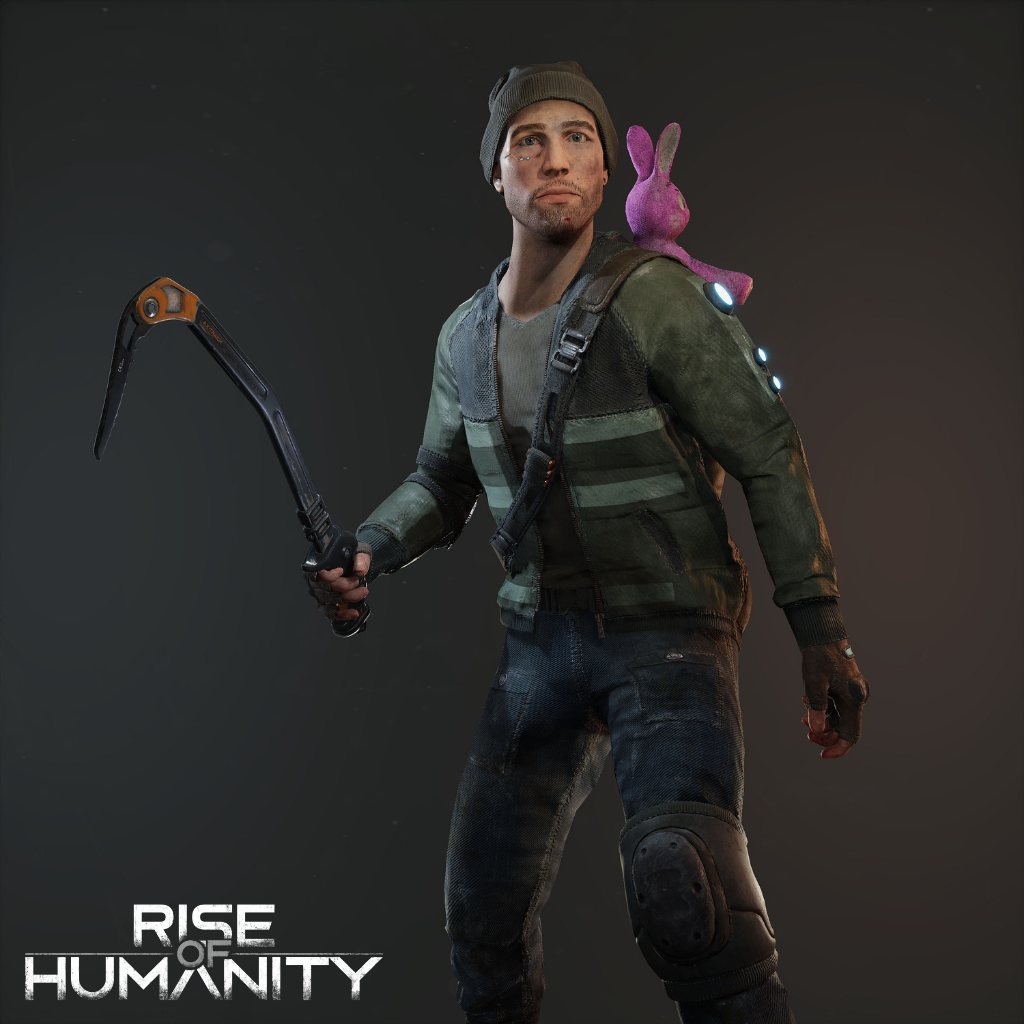 Join our Discord to learn more about the Hunter and other characters!