While they might seem less harmful at first glance, these drones are sly enemies that can hurt you in ways you wouldn’t expect… Here are some tips and tricks on how to defeat them!

Once created by mankind to help repair machines and robots, the drones have since switched sides and now use their versatile skills to eliminate humans.

These insidious apparatuses will not come at you right away in a battle, but do not think for a second that you are safe from them. They are the sneaky kind that tend to lurk around bots to heal them from your attacks, and they have plenty of tricks up their sleeves that can make your life miserable. Watch out for their laser lights that they use to alert the crushers and bots when you are nearby! They are also known for their annoying buzzing sound that is excruciating for humans. 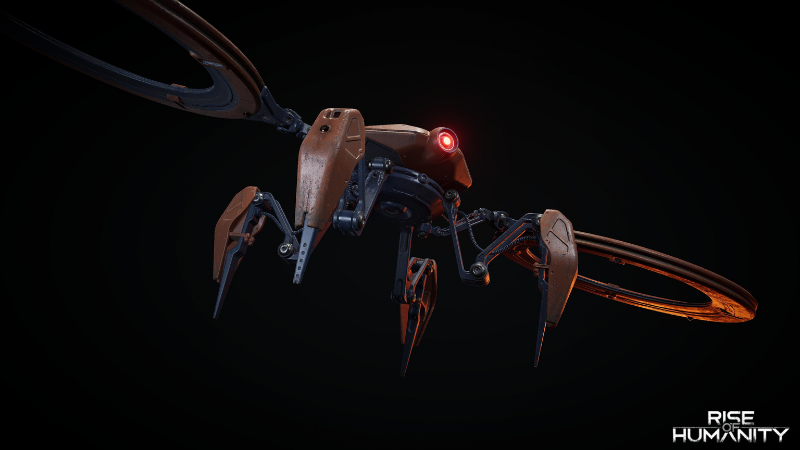 How to defeat them?

Even though they are not injuring you directly and it may seem like it’s less of a priority to eliminate them first, it might be a good idea to get them out of the way before you take on the bigger enemies.

If you injure another enemy, it will trigger the drone to move closer in order to heal them. This is the moment when you can take your chance and attack them with an explosive weapon such as the grenade or the bunny. Killing two birds with one stone!

If you have your dodge card, a quick and efficient way to get rid of them is if you make them attack you with their signature move, a kamikaze attack. They will come at you and destroy themselves, injuring everything around them in a range so make sure to stand close to other enemies when you make them go for the kamikaze!

Join our Discord to learn more about the drone and get more tips on how to defeat them!